I have always been fascinated by history and the mysteries of the past. It was this, and being lucky enough to attend an excellent school run by masters of 'the old school', where Latin was compulsory, that fired my interest in research.

Oh, if only the internet had been available then!

The following books have all been very helpful in guiding me during my search for facts. I could not have written Overseer without the information contained within them. They deal, mainly, with subjects that are outside the realm of traditional scientific thinking.
The important point, though, is that they each use genuine science to prove their hypotheses. They don't rely on unproven theories as most of the traditional science does. 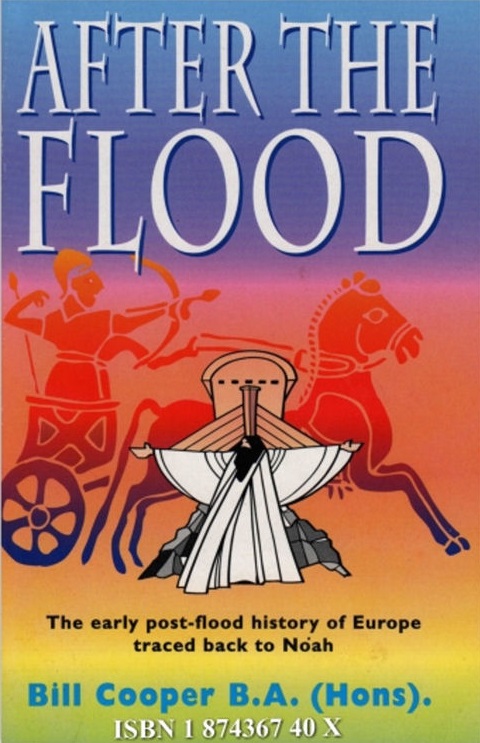 "...The author lays out astonishing evidence showing how the earliest Europeans recorded their descent from Noah, through Japheth in meticulously kept records, knew all about the Creation and the Flood, and had encounters with creatures we would call dinosaurs."
These records of other nations lend chapters 10 and 11 of Genesis a degree of accuracy that sets them apart from all other historical documents of the ancient world. In a book which is the fruit of more than twenty five years of research, he traces the development of the creation/evolution controversy that raged in the ancient world, and explodes many of the myths and errors of 'modernist' biblical critics..."

Since the dawn of time, communities all over the Earth have kept their histories. Ancient writings that explain the origins of their people and their world.

These societies were insulated from each other without any of the modern means of communication.
How can it be that they are all so similar?
Modern scientific theorists try to deny what man has always known, and conceal discoveries that confirm our beginning.

Bill Cooper spent twenty five years researching these histories and their links to what is recorded in the ancient texts. The evidence he uncovered is astonishing and completely repudiates unproven theories like the 'Big Bang', which modern science is based upon.

Overseer, brings together ancient prophecies and scientific discoveries that question the very foundation of modern science.
Evidence long known by the scientific community, but evidence kept from the general population... 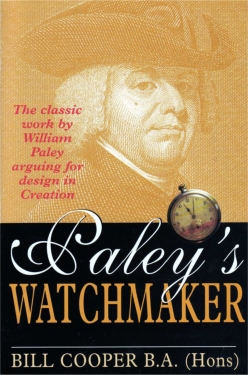 "...Sir Fred Hoyle was right when he said that the probability of a naturalistic evolutionary origin of life is equal to the probability that a tornado sweeping through a junk yard would assemble a Boeing 747..."

Payley's Watchmaker, by Bill Cooper, is an update of Payley's Natural Theology, which was required reading in English universities until the 1920's. It uses clear, concise logic to demonstrate that the intricacies of the universe could not have existed without a designer. A concept totally rejected by modern mainstream science. And yet, science would have us accept unproven theories simply because they were expressed by a scientist. Payley's Watchmaker shows how foolish a course this would be.

Discoveries in molecular biology are showing, to an extent that even Payley could not have imagined, the intracacies of design and purpose in all living things. And there is no evidence from the fossil record that creatures had less than perfect structures in the past.
Recent advances in science, far from undermining Payley's argument, have vindicated it.

In my research for Overseer, this book proved invaluable in understanding the case for proof of design to the universe. And, of course, anything that is designed, has to have a designer. Prior to dreaming up his own unproven theory of evolution, Darwin himself said that Payley's work was his favourite book. 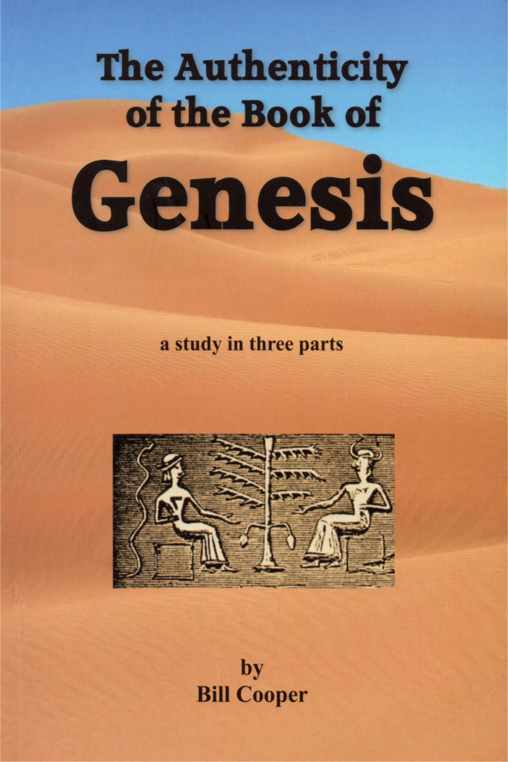 "In this single volume Dr Bill Cooper takes on the challenge of the globally accepted media's opinion of the Scriptures we call the bible. He argues from hard evidence that the Bible is historically accurate throughout in everything prophetical, geographical, linguistic and doctrinal.
So, whether you come to its perusal from jeering atheism or a longing to know how your own conviction of its truth can be substantiated, read on.
Be challenged and be completely re-assured. God's word is true.
Part One of this book deals with the antiquity of Genesis…
Part Two deals with the pre-Christian Flood traditions that are found around the world…
Finally, Part Three draws the readers attention to a certain clay tablet which makes nonsense of the modernist claim that the Flood account is modelled on a previous work…"

This book, by Bill Cooper, demonstrates, with archeology and science, that those who claim the Scriptures were written by forgers hundreds or thousands of years
after the events they portray, are plainly wrong.

They deliberately ignore all the hard evidence in the hope that the layman will not know enough to be able to question them.