We're Descended From Who...? 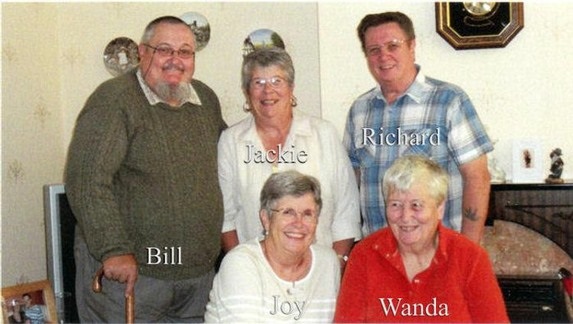 It was the historical discoveries made during research which enabled me to fully appreciate the work done by my brother in tracing the family history.

It resulted in a family story with more surprises than we could ever imagine.
Not only were there surprises in who some of our ancestors turned out to be but, I discovered that I was not the first, in the family, to publish in America.

Finding that our family could be traced back to the fifth century, 498 to be precise, resulted not just in the exhilaration of discovering where we came from but also surprise, shock and even some embarrassment. 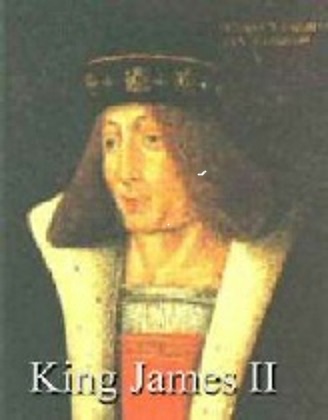 Being able to go back so far, almost within living memory of Roman Britain, was achieved with the discovery that our fourteenth great granddad was King James II of Scotland who died in 1460.

We share this ancestor with Queen Elizabeth II. She is also the fourteenth great grandchild of King James. You would think that with such a connection I would know what the inside of a Buckingham Palace Garden Party was like. Alas, no. But I digress…

The poor chap lived for only thirty years and died in a most ignominious manner.

He was one of the first kings to really champion the use of a canon as a means of warfare. And he was quite right. A body of men marching aggressively towards your position would have their minds concentrated when a gunstone landed amongst them when they were still a mile from their objective.

No doubt they would suddenly realise how much they were missing their families back home.

So the King knew what he was doing.

Alas! We don't know whether there was a problem with the casting of the weapon or whether the Master at Arms was over enthusiastic but, on firing a salute in honour of his queen's birthday, when the powder was lit, an almighty explosion split the gun into many pieces and the King into two pieces.

Of course, having established a royal connection within the family, preceding records were in place to trace back farther still. In our case all the way back, through Scottish, Pictish and Viking royalty, to Eric who died in 498. 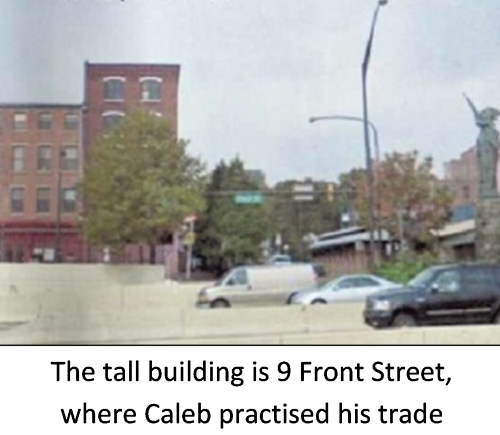 He began as a book binder in Scotland but, by all accounts, didn't fare very well. In fact he was made bankrupt and we were able to find the newspaper advertisement he took out to advertise the sale of all his tools. He wasn't completely daft though, because it looks like he used the proceeds of sale to finance his absconding to America. 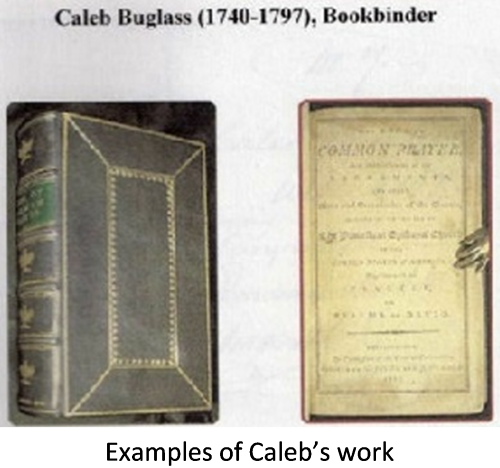 The authorities, at that time, had not long gained their independence from Britain and were vexed to find that their Book of Common Prayer had many references to the health and spiritual well-being of the King.

I think we can understand their concern and their need for a new prayer book.

Step forward one Caleb Buglass of Philadelphia, who gained the contract to rebind all the prayer books once they'd been amended. Examples of his work are housed in all the leading museums in America.

His workshop and bookshop was in Front Street and is the oldest
surviving building in Philadelphia today.

Of course, in those days, the street was named Front Street because it was on the banks of the Delaware River. 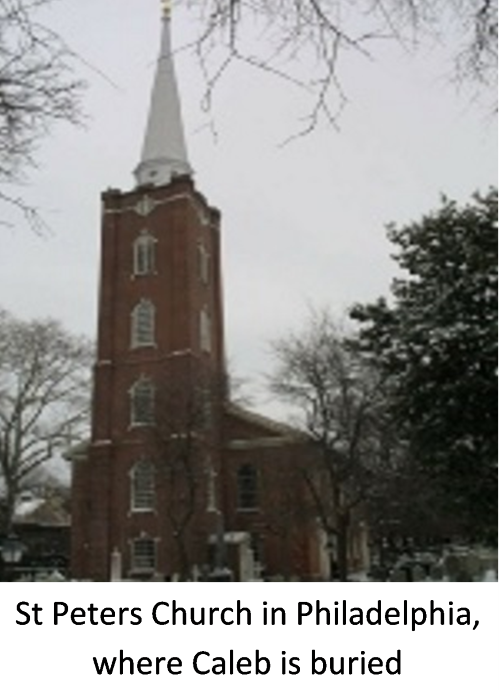 Although he was married here and had children, (hence yours truly), in America he eventually married again and had his American family buried with him, in St Peter's churchyard, in Philadelphia.

After they'd died, of course. 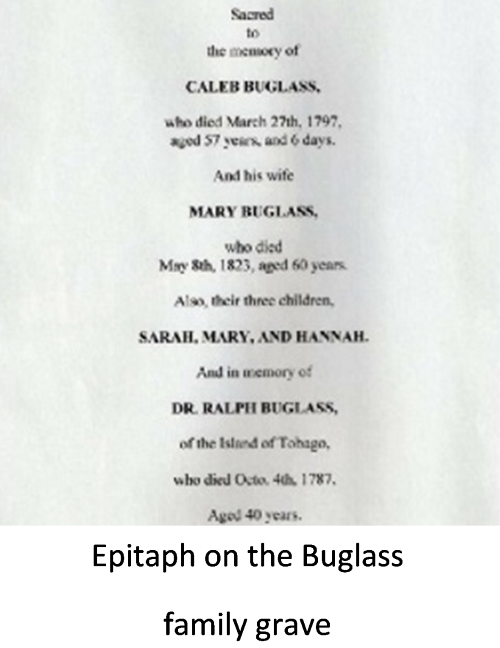 America and the West Indies is where he, and his brother Ralph Buglas, made their fortunes.

The contract for the prayer books and others he gained led him to prosper and when he died on March 27th 1797, he was a very wealthy man indeed.

He named his successor as his son, Caleb Buglass of Berwick who, regrettably, died in 1804 when he was only 41 years old, just before the elder Caleb's will was proved in Philadelphia.

It appears that the vast bulk of Caleb's wealth went to the City Fathers of Philadelphia as no-one was able, or willing, to track down any further heirs.

Despite the injustice of it all and, even with our 'special relationship', I'm sure the Americans would not be impressed by our claim to half of Philadelphia.

Coming nearer to home still, and this is where the embarrassment might come in, I and my siblings were often told
'ask no questions and you'll be told no lies'
whenever we enquired about our history.

It was probably a good thing that as children we had no idea of the skeletons that were rattling around in various cupboards in London and the South East of England.

In carrying out this research, one of the most fascinating things to discover has been the manner in which our ancestors died. We also discovered that a death we were told of as an accident turned out to be very suspicious indeed and that may well account for some records, like death certificates, being missing.

It would seem, therefore, that when researching your history you must be prepared to forgive your ancestors anything. Perhaps then you may rest assured that your descendants will do the same.